By far the most important part of football, the team huddle is a time for players and coaches to discuss strategy, teamwork, and dinner plans for after the game. Unfortunately, team huddles also mean standing close together, so if even one of the players forgets to brush their teeth beforehand, a nightmare ensues for the rest of the team. Here are a few players from last season who stunk up the huddle:

Right before competing in the junior Superbowl (the Superbowl equivalent for bad teams), Canners quarterback Pritt Kinley decided to eat a tuna sandwich that was sitting in his locker, but ran out of time to go back home and brush his teeth. His coach and teammates were horrified by the stench. “I had to stop calling timeouts for the team because I was so sick of smelling his breath from up close,” recalled the coach. “That cost us the game.”

The night before the big football game against the Fresno Flounders, linebacker Yoovet Higgins spent so long practicing that he forgot to chew his usual stick of mint gum. His team members vomited every time they had to stand next to him in a huddle. They still won, but the game was delayed by an hour because the cleanup crew had to keep coming back. 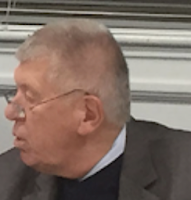 After three stench violations in the last season, Boise State really thought this would finally be the year Halitosis Mike picked up on his hygiene habits—but they were wrong. Mike has scored an average of 19 touchdowns per game in his career, but still gets picked last every year in the draft. Come on, Mike! Brush your freakin’ teeth! Go rubbernecks.

When Tim Flatbread was about to go out onto the field, he thought he saw a vampire and proceeded to eat several pounds of garlic to ward off the blood-sucking creature. Much to his embarrassment, he realized that it was just a fan with very sharp teeth asking for an autograph—but it was already too late. The other players refused to stand close during the team huddles, so they had to space themselves five feet apart from each other and shout out the gameplays. Unfortunately, the other team overheard and promptly won the game.

—
Ari Mostow is an avid reader of sports columns from ancient Roman newspapers. His favorite chariot racer is named Antonio.