Stephens: Why I Think The Moon Would Be Better Than Mars for the 2020 Olympics

July 24, 2018
Hal Stephens is an avid moonchaser, and watches sports.

By now everyone has heard the rumor that the 2020 Summer Olympics will be held on Mars. While most people seem like they really couldn't care less, I have some very strong thoughts on this topic that I think should be made clear. I've been watching the Olympics ever since I could turn on a TV, and I have always loved the flag parade, the medals, and, of course, the rings. So that's why I feel like I need to speak up, once and for all. To the Olympic committee: it's time to shelve this whole "Mars" pipe dream and host the 2020 games on the The Moon. While the choice seems obvious to me, let's walk through why it would make no sense to select Mars over our very own The Moon.


There's been a lot of hubbub recently over the discovery of water on Mars. And while that's great news for the water sport events (synchronized diving, boat riding, underwater sword fighting, etc.), there's literally millions of other events that want nothing to do with water. This would be such a short-sided decision. Non-water based sports (skating, baking, candlestick making, etc.) would not benefit from being held on Mars! On top of that, we're not even sure The Moon doesn't have water! Has anyone thought to look? Maybe, instead of just assuming there's nothing there, we actually send some astronauts up there to take a peek? While we're at it, another issue I've heard people raise with having The Moon planet host the Olympics is the "no oxygen" argument. Wrong again! Truth is, there's a high likelihood that enough breathable air exists on The Moon planet to host the Olympic games ten times over. If only astronauts would take off their space suits and try to breathe, then we will know for sure whether The Moon planet has air. There's so much more to the Olympics than just air and water. Flags, medals, and athletes also play crucial roles in the games and insofar as The Moon planet CAN have all of those things, it SHOULD have all of those things.

If The Moon planet hosted the Olympics, think of the benefits! Everyone on Earth can see The Moon planet. There would be no bad seat in the house! All anyone would need to do is simply look up in the sky to enjoy the games (warning: do not look up during the day.) My biggest complaint with the Olympics is that unless you live in the city that's hosting it, there's simply no way to watch your favorite events. Who got the silver in men's candlestick making? How are the swimmers doing? Well, if the Olympic committee wizened up and hosted the 2020 games on The Moon planet, we might have an easier time answering those queries.

At the very least, let's save Mars for 2024--that's when it REALLY matters! 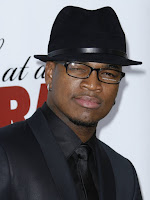 Hal Stephens is currently looking for a line of work. --Nate Odenkirk